It is with joy that we welcome the company KIVRA as a new main sponsor for Knytkalaset & the Nursery. Together with Pandox, Kivra is now a main sponsor.

Kivra is a Swedish company that offers digital letters and receipts to people and companies. Approximately 4 million people in Sweden - among them many riders from Knytkalaset and the Nursery - have an account in Kivra and tens of thousands of people have joined in order to be able to send letters through Kivra. We believe in Kivra's koncept, to decrease the use of paper and environmentally damaging transportation in favor of secure, digital solutions. It goes hand in hand with our own values and we are proud to represent Kivra.

In Knytkalaset & the Nursery we work to constantly develop the sport of dressage! We believe in genuinely good training and continuity. For more than 20 years we have successfully worked with educating elite riders from young riders to seniors. Thanks to our great sponsors and their support, we can continue developing our great and dedicated riders – the support of the sponsors is a great contribution to a continuously growing dissemination of knowledge and a great support for the future of dressage!", Jan Brink comments, one of the founders of the contact and also the trainer of the Nursery on the South region. 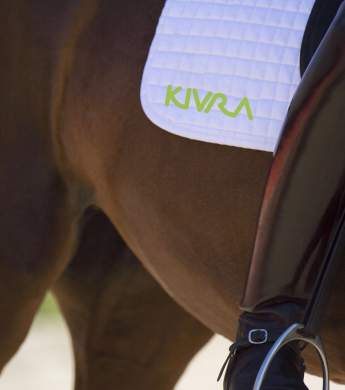 Now the great indoor competitions in Gothenburg are on, Gothenburg Horse Show in Scandinavium.

On the first day, in the first class - and the victory went to the Nursery student Ida-Linn Lundholm from Tullstorp Dressage Stable with great margin. She competed the stallion Dragon Welt by Dancier - Weltmeyer.

The combination won the class with 93,4% and was rewarded with praise from the German judge Christoph Hess. 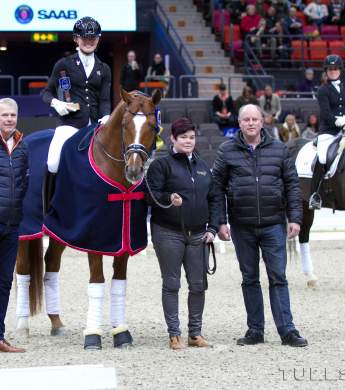 Gina Tricot Grand Prix Borås is on and today 18 dressage riders are competed in the first qualifying competition in the Dressage Masters class.

U25:
The Nursery colleague Mathilde Hannell from Hannell Dressage brought home victory among the U25-riders. Mathilde competed Deela Mae (De Niro x Landino) in Intermediaire II and won with 70,307%. 3rd in the class was the Nursery colleague Emma Jönsson on Tango (Obelisk x Lohengrin) with 68,114% and younger sister Lina Jönsson came 5th on Quentin (Quattro B x Michelangelo) with 66,667%. 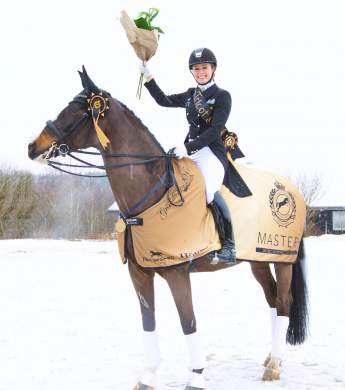 Gina Tricot Grand Prix - Knytkalas and Nursery students are on their way!

This week it is time for this year's great indoor competition in - the Gina Tricot Grand Prix Borås!

During this week's great jumping competitions there is also arranged a popular dressage competition in Borås, the Gina Tricot Dressage Masters where some of the best Swedish dressage riders have been invited to compete.

There will be 6 riders in each age category - junior, Young Rider and senior - and the winner of each category will then meet in a very exciting super final.

This year a total of 6 riders from Knytkalaset and the Nurseries will be competing in the following categories:

Since a number of years, Gina Tricot has been a main sponsor to Knytkalaset and the Nurseries and have been part of developing and inspiring many dressage combinations around the country.

Double Knytkalas in the Cheval Medias magazine - there is also a nice article about the Knytkalas fonder and trainer Kyra Kyrklund's clinic in January at Flyinge in the latest issue of Cheval Media.

Read the entire article here! - it starts on page 98.

The Knytkalaset clinic in Norrland last autumn is now also in a great article in Coeval Media's latest magazine.

Read the entire article here! - it starts at page 90. 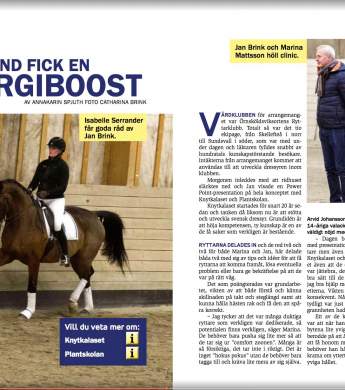 On Sunday it was the other way around, Carl & Memphis brought home victory in Prix S:t Georges with 70,088%. Sofie was placed double 2nd on CSI and Donna Samba 68,991%.

Knytkalas member Mia von Essen was placed 2nd in the Intermediaire I on Sunday on the horse Brighton (Briar (SWB) x Granit) with 69,737%. 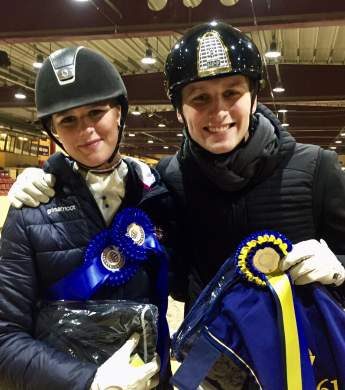 Sofie competed the horse Fame ( Bordeaux x Rhodium) and the combination made their debut in Msv B:2. It was a victory with 76,047% and with almost 7% to the runner-up. 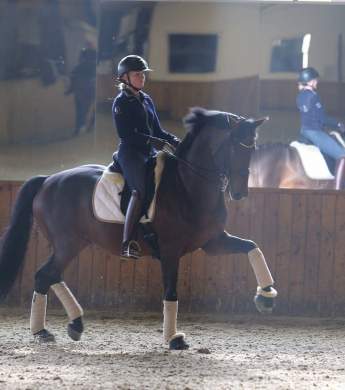 ... they have for sure commenced and even more than that...

And later last week it was time for the Nursery in the South to start the training of the season with 2 days of lessons, fellowship and great company for both horses and riders. 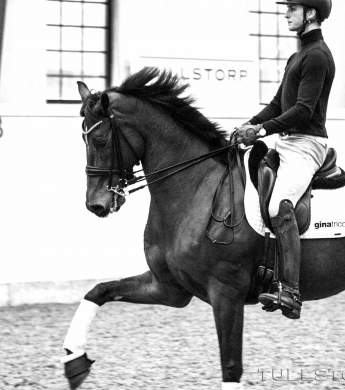 Now the Nurseries of Knytkalaset have started for the season...

First with the trainings of the season was the Nursery in the North!

The Nurseries of Knytkalaset have started with the spring training camps and first out was the Nursery in the North that had their training camp in the beginning of last week.

Fresh and cheerful horses, riders and trainer Liane Wachtmeister, it looks good ahead of this competition season. 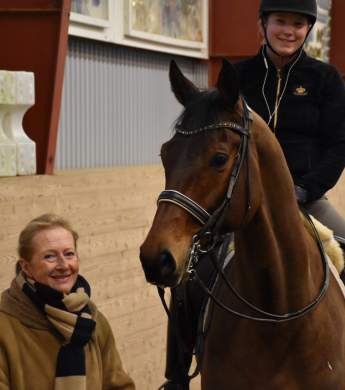